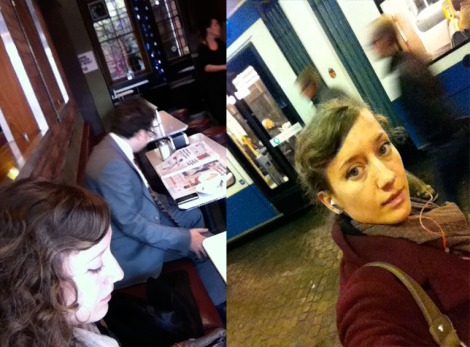 Before arriving in Hamburg, I completed my doctoral studies at the University of Sheffield, spending the last year and a half as a visitor at the Australian National University with a fellowship from the Swiss National Science Foundation. In my thesis, I argued for the advantages of a pragmatic or ameliorative alternative to conceptual analysis, which was inspired by the work of Carnap. In an earlier life, I worked for the Swiss Federal Chancellery, combatting the lack of clarity in legislation and policy making.

My research interests are located at the intersection of issues in philosophical methodology, the philosophy of language, metaphysics, and epistemology. My current research centres on ways in which disputes can fail to be genuine and worth pursuing. I am, for example, interested in whether some philosophical disputes, in particular disputes in metaphysics and ontology, are merely verbal in the sense that parties do not genuinely disagree, but merely talk past each other. This issue raises the more general question of what it takes for two parties to genuinely disagree, a question that also arises in debates about different semantic views of evaluative language.

I would also like to think much more about similar defects besetting political disputes and the challenge this poses for a democratic society.

Ontology After Quine is a research project funded by the DFG, based at the University of Hamburg, and led by Richard Woodward. As its name suggests, the project focuses on a variety of issues in metametaphysics and metaontology, set against the backdrop of the Quinean conception of ontological inquiry that became orthodox in the latter half of the last century. READ MORE.

Emmy Noether was a renowned German mathematician who made groundbreaking contributions to abstract algebra and theoretical physics. When she died in 1935 at the age of 53, Einstein described her as the most important woman in the history of mathematics. But although the theorem named after her is part of the basis for mathematical physics, she never received a full professorship in Germany. READ MORE.

The Emmy Noether Programme offered by the DFG (Deutsche Forschungsgemeinschaft) offers early career researchers the chance to lead their own junior research groups, achieve independence at an early stage of their scientific careers, and provides an alternative path to professorship.

The photo in the header is of Casa Batlló and was taken by Tatjana von Solodkoff when we lived in BCN. Gaudí carved nature too.